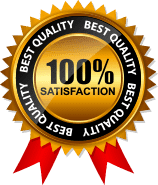 The Last Supper by Leonardo da Vinci on Canvas Prints

Decorate your Home or Office with stunning as well as full color The Last Supper by Leonardo da Vinci on Canvas Prints canvas prints and arts. You can choose from a wide variety of Famous Artists prints on canvas with art Start customizing your own Famous Artists canvas art prints by selecting from thousands of templates in our online gallery.

The Last Supper is a mural painting created by Leonardo da Vinci in the late 15th century. It was created in the refectory of the Convent of Santa Maria delle Grazie, Milan. Ever since it was created, the painting has been one of the most famous works of art as well as one of the most satirized, scrutinized, and studied.

The painting was presumably commenced around the late 15th century in 1495. It was commissioned as a part of the renovations plan carried out in the church and its convent buildings by the patron of Leonardo, Ludovico Sforza, who was the Duke of Milan at that time.

The Last Supper is undoubtedly an exceptional example of precise rife and perspective with symbolism. It is arguably one of the most renowned works of da Vinci, the Renaissance genius. Da Vinci was understandably centuries ahead of his time in an artistic sense, as he has also made phenomenal breakthroughs in mathematics, sciences, and physiology. He often applied these techniques to his art. The original version of the Last Supper is a 15’x29’ mural placed in the Convent of Santa Maria delle Grazie in the city of Milan, Italy.

The painting was a groundbreaking authentication of human reactions and emotions in the way it depicted them. Apart from that, it also portrays exceptional command of a single point perspective which draws attention to the main character in the center.

Leonardo di ser Piero da Vinci (born: 15th April, 1452 – deceased: 2nd May 1519) was an Italian painter, sculptor, musician, and writer, amongst several other professions. He was born as the illegitimate son of Piero da Vinci, who was a notary at Vinci in the region of Florence. Leonardo’s mother was a peasant girl named Caterina.

Leonardo achieved his early education in the studio of Verrocchio, who was himself a renowned painter of Florence. Most of the earlier working experiences of Leonardo were spent in the service of Ludovico il Moro in the city of Milan. Later on, he also worked in Venice, Bologna, and Rome, before spending the last years of his life in France at the home which was provide to him by King François I.

Leonardo is mostly described as the leader of the Renaissance period, as he was an individual who had infinite curiosity paralleled by the powers of invention he attained. He is also widely renowned as one of the greatest painters ever as well as the most diversely talented individuals to have ever lived.

Once you purchase a canvas print of the Last Supper by Leonardo da Vinci from us, we try to make the whole process from purchase to delivery as convenient as possible for you. Below are the specifications of this product: